The McDowell House was built in three stages. The brick ell was constructed c. 1792-1795. Dr. McDowell purchased this property in late 1802. He had the front, clapboard portion added in 1803-1804. The small brick office to the left of the back porch was added in 1820, as was the formal garden. The house was remodeled at the same time.

After McDowell’s death in 1830 the house was sold. It was the home of a Centre College president for a short time. Later the entire area became slum and tenement property. The house deteriorated badly. Efforts to purchase the house for restoration began in the early 1900’s. Dr. August Schachner, of Louisville, led the efforts. In 1921 he visited the house. His description was as follows: “Since our last visit, the house has continued its downward course until it has reached a point where it now seems almost beyond redemption. The room that served as the original office of Dr. McDowell is now used as a shoe-shining booth for Negroes. The room in the rear of the corresponding front room on the second floor,”(the operating room) “which is on a lower level by several feet, is used as a dump for the ashes from the grates of the rooms on the second floor.”

The house was purchased by the Kentucky Medical Association in 1935. They deeded the house to the state of Kentucky, who had it restored by WPA. It was dedicated on May 20, 1939. In 1948 the state returned the property to the Kentucky Medical Association. The first room furnished, the operating room, was the work of the Colonial Dames of America, Chapter IX in Kentucky. At that time, the Women’s Auxiliary to the KMA joined in the furnishing of the rest of the house.

The collection was assembled by Sydney Blumberg of Newton, Connecticut. At the time, Mr. Blumberg was the largest collector of antique apothecary ware in the world. It was given to the House by Roerig Division of Pfizer Laboratories. The drawers along the wall contain crude vegetable drugs of the period, such as “Belladonna”, Crocus Saffron”, “Floras Arnica”, and “Folia Digitalis”.

The Apothecary Shop was restored in the late 1950’s by the Kentucky Pharmaceutical Society, with the help of the Eli Lily Foundation. It was furnished by the Pfizer Laboratories and J.B. Roerig and Company, Division of Charles Pfizer and Company. It was dedicated and presented to the Kentucky Medical Association on August 14, 1959. 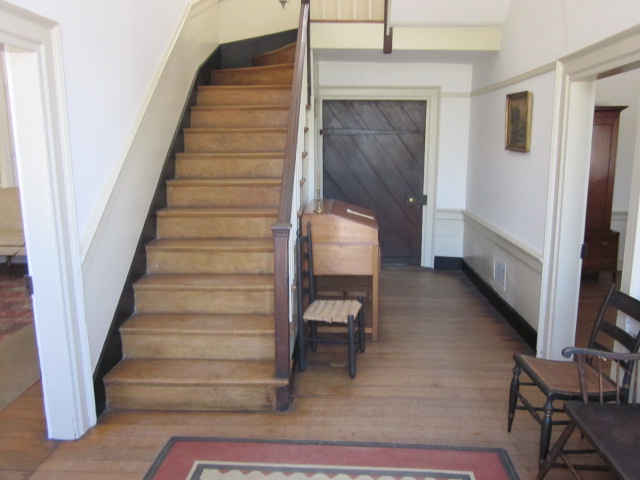 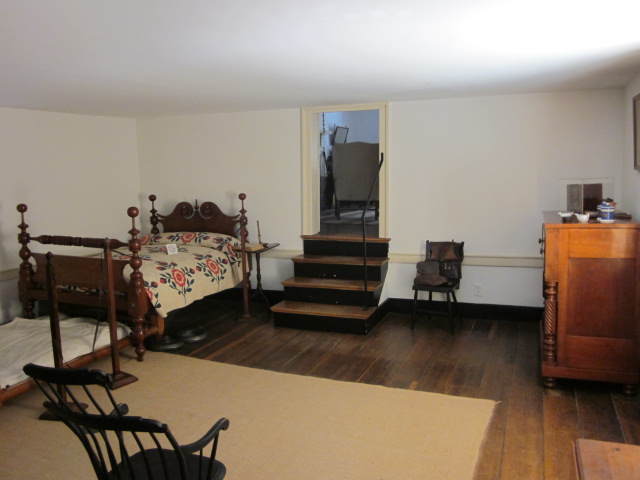 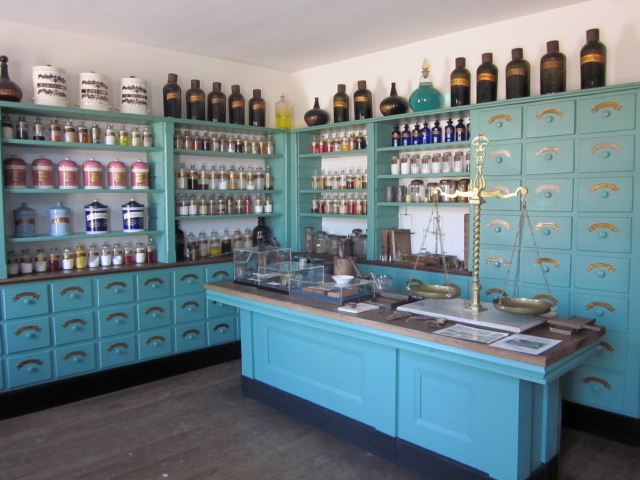